Panzanella Salad – A Taste of Italy 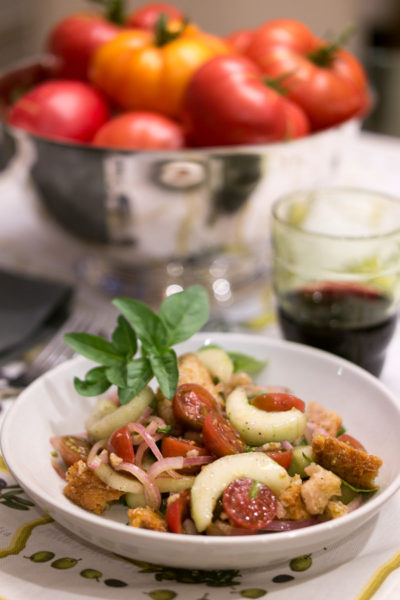 Panzanella is one of those simple salads that tastes much better than expected and is greater than the sum of its parts. The vegetables exude some of their juices while combining with the vinegar and oil and the bread soaks it up. A large portion can serve as an entree (as the Italians do in the summer) and then there’ll be room for a splendid dessert such as gelato and cookies. If protein is desired, accompany the salad with a boiled egg or two, or perhaps some salumi.

The traditional Tuscan method for Panzanella uses stale unsalted homemade bread which is soaked in water and then squeezed out. The bread crumbles into the salad sort of like couscous. I personally like using toasted rustic bread which has been torn into bite size pieces. The bread softens a bit when it soaks up the juices but still retains some of it’s chewy texture.

This salad is quite flexible and the measures in the recipe are really just a guideline:  If more tomatoes are desired, then just add more; want more onion — add it; really love cucumber — add more; same for the bread. Conversely, use less of what you don’t like. 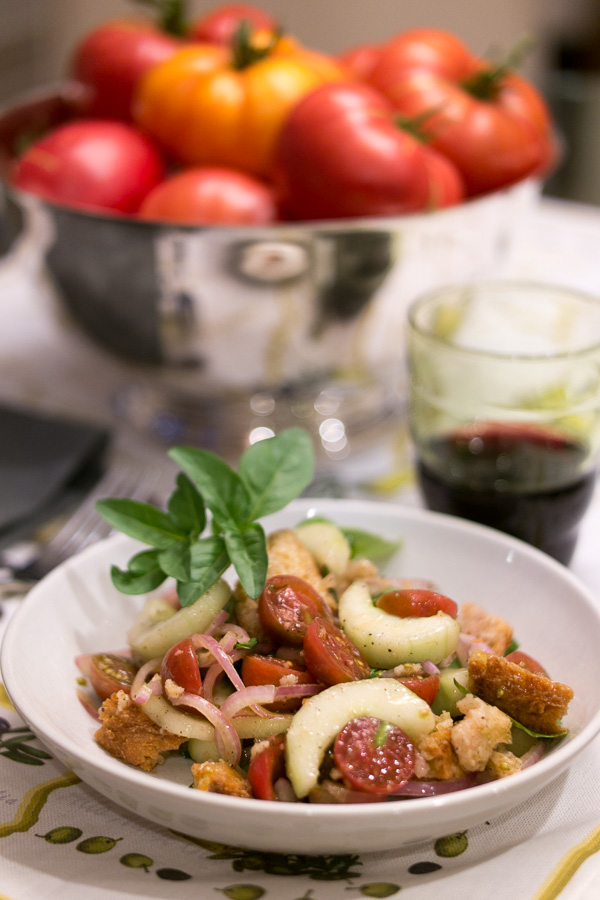 This salad will not keep since the vinegar will get stronger and stronger. Italian olive oil is quite strong in flavor, so don't overdo. Try a Spanish olive oil if a milder flavor is desired. A "drizzle turn" means drizzle the oil or vinegar onto the salad around the circumference of the bowl. One turn = once around the bowl; two turns = two times around the bowl. Large bowl here means a large salad mixing bowl. Nutrition information is approximate and assumes two (468 gram) entree size servings from this recipe.

The Divina Cucina website has a great article on Panzanella (and other Italian delights) which includes a short helpful video on making the salad. 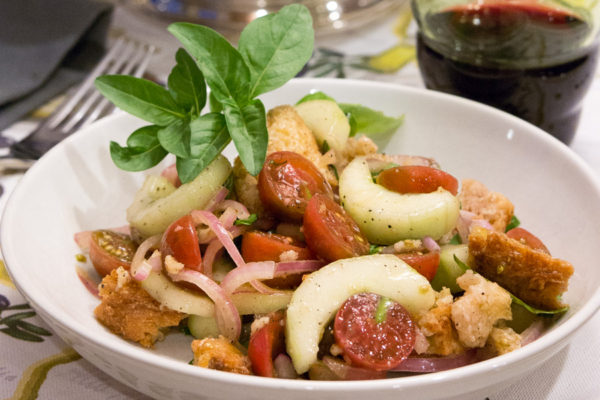