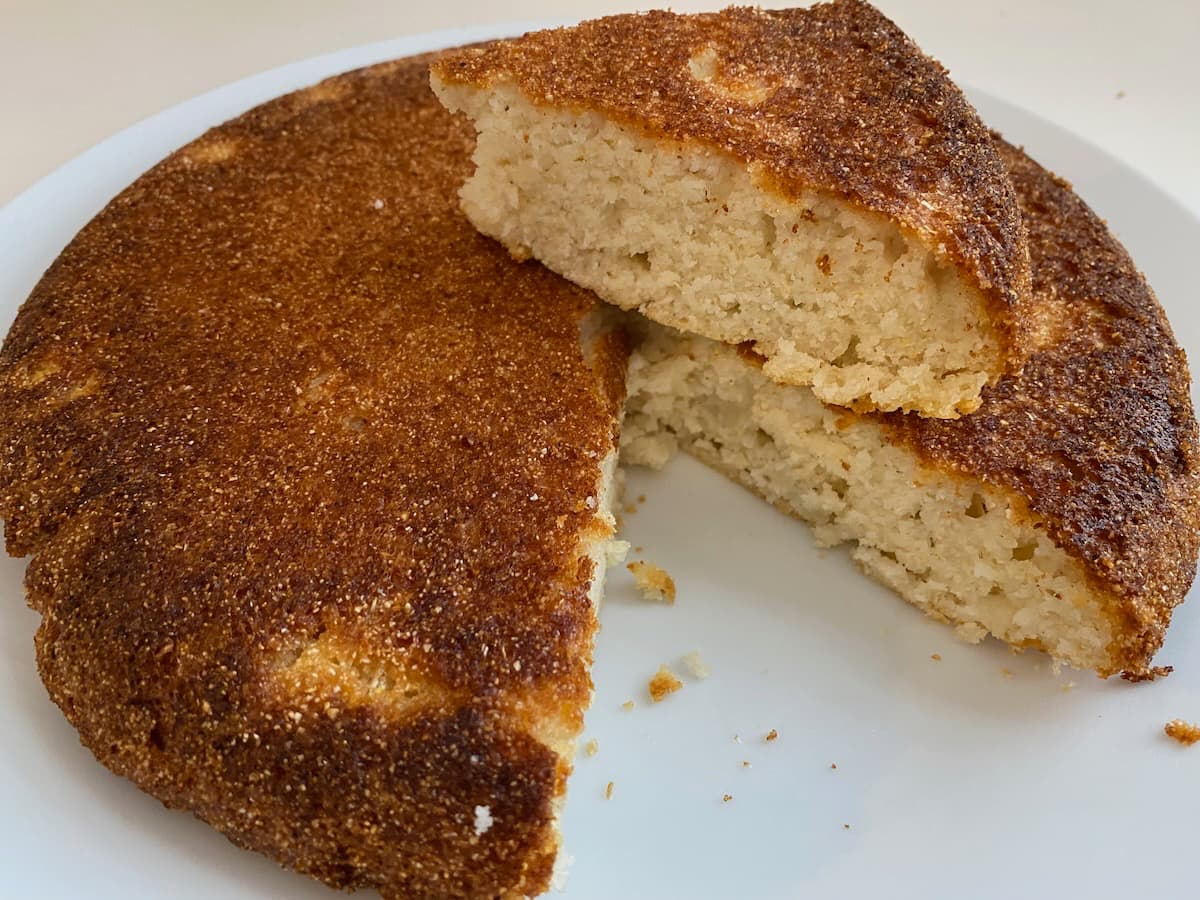 As a child growing up in the deep south, I never appreciated cornbread very much. It was served at almost every evening meal and it was something that was taken for granted.  After getting out on my own as an adult, I didn’t bother making cornbread and didn’t really miss it for a long time.  Then one day, I discovered the sweet and cake-like Jiffy Corn Muffin mix. What a revelation — cornbread that was nothing like the sort of hard, boring, mealy stuff of my childhood. Sweet cornbread muffins I could mix up out of a box and bake up in a muffin pan were just the thing for me.

Until one day last year (during the first big wave of COVID), I was having dinner at my mother’s house in Laurel, Mississippi and she put some hot cornbread on the table and announced it was a new recipe she’d found in the internet. It was another cornbread revelation:  not the dull, hard, dense stuff of my childhood, but something fluffier, with a crispy bottom and a golden top, savory, with just a hint of natural sweetness, with not a bit of sugar in it. This was the new cornbread for me.

She made the cornbread several times over the next few days and said she’d give me the recipe but I failed to get it before she contracted COVID and had to be hospitalized for several weeks. Fortunately, she recovered despite being 84 years old and a survivor of colon cancer. When she returned home from the hospital, I asked her about the cornbread recipe, but she couldn’t find it.  She said she had covid brain and didn’t know where it was.

Weeks, possibly months later, after I had returned to Charlotte, an email arrived with the elusive and delicious cornbread recipe. My covid-brained mother said the recipe was tacked to the refrigerator with a magnet the entire time!

A note about the cast iron skillet I used:  It’s actually the lid from a Lodge Dutch Oven. It can be purchased on Amazon. 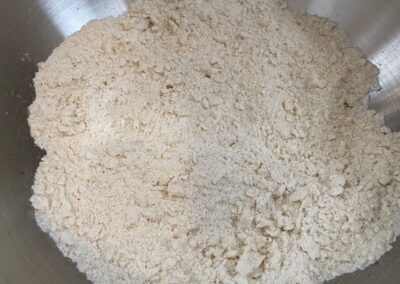 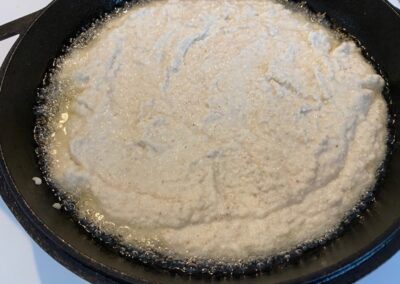 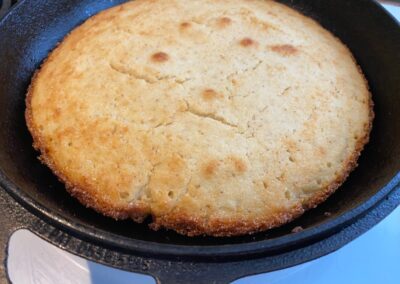 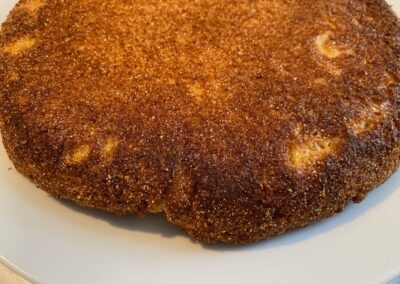