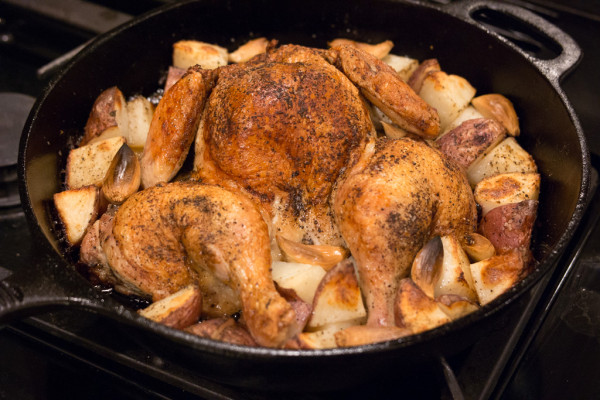 This roasted chicken recipe is a quick way of roasting a chicken since removing the backbone and flattening the bird allows for faster cooking.  The potatoes and garlic cloves roast along with the chicken in the pan and develop a delicious crust. 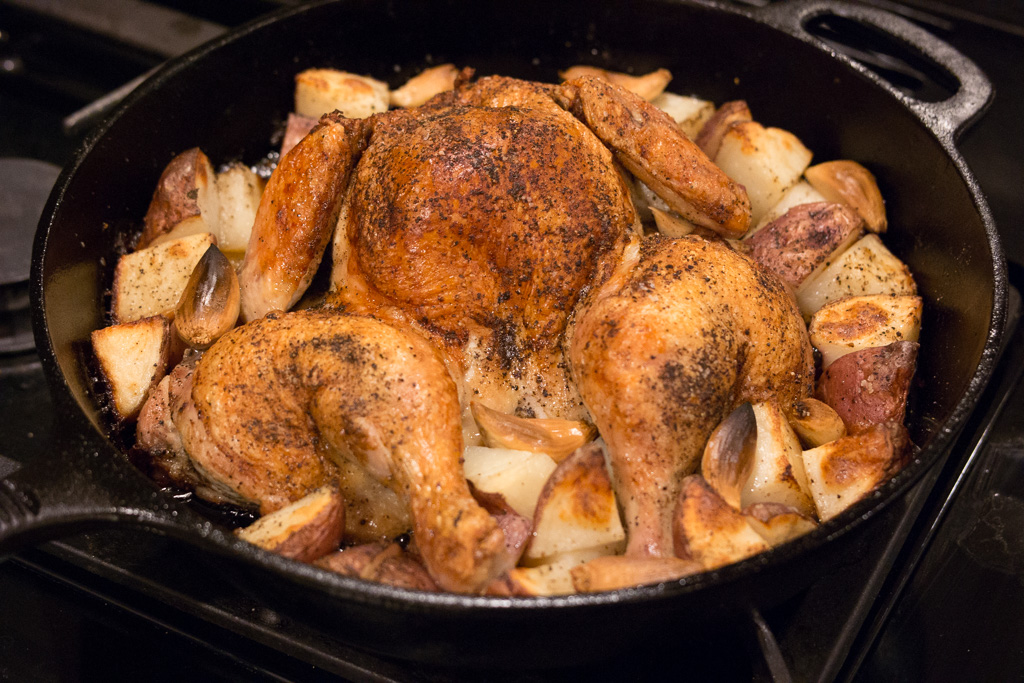 Spatchcock chicken, potatoes and garlic ready to go in the oven